An intersting story was posted at Reddit, basically at a school presentation about game programming a Ubisoft engineer / Game architect slipped a few words he probably should not have told, he stated that they aim for 60 fps but due to "limitations", they have to settle for 30 fps in recent games.

He then implied that console makers are pressuring them into doing the same thing on PC. Here's a transcript of it all, thanks for harkinsteven for spotting this one:

A lot of things were said during the presentation, there was a Game Architect, an Online Programmer, and a person from HR.

"So what the hell happened with watch dogs?" u/Egg_Slicer

During the presentation, the Online Programmer said that just before they release a game, they have to send a copy to console manufacturers, which then tell them what to keep and what to throw away (sooo yeah Watch Dogs maybe ?).

The Game Architect said that they aim for 60 fps but due to "limitations", they have to settle for 30 fps in recent games. He then implied that console makers are pressuring them into doing the same thing on PC.

"Ask how bad the upper/middle management is." u/Ed130_The_Vanguard

The HR rep said that managers are former programmers and can sometimes be interns. But people are always managed by someone who could do their job.

Not asked, but worth mentionning :

The Game Architect said that they try to re-use code as much as possible. So that's maybe what happened with the AI in Watch Dogs which was taken from AC.

"Are you aware of the negative response to the recent decision to lock your games (like AC:Unity) into 30 frames per second? If so, what do you think about that?" u/TwinDragonsOfChaos

I asked this question at the end of the presentation, everyone laughed. The Game Architect said that on consoles, and for this type of game, they have to chose between graphical fidelity and smoothness. He implied that MS is making them lock the framerate on PC too. Then, he smiled, said "But our eyes can't see past 24 fps anyway" and winked at me.

"Then maybe ask about the impact of AI on these APUs in the consoles."

They said they have to use Microsoft's cloud instead of the APU to do the AI in certain games due to hardware limitations.

"You can also ask what is the preferred platform to develop for."

PC, because they have to use specific languages and debuggers for each console and then validate the game with the constructor.

"You should ask them if they get any say in what the PR people are telling us."

They don't. Clearly the two engineers were no peasants, but they were asked questions they could not answer. He only implied that there were hardware limitations all over the place. And his wink when he told me that 24fps was all we needed confirmed that.

"Do people who work for Ubisoft have mobility ? Can they work abroad if they want or change their career path ?" (question from a classmate)

Yes, engineers can become managers and vice-versa, they can also fill openings in other studios, or change teams.

If you have any questions about the presentation, feel free to ask. It was very interesting, and they offered us internships and jobs. They told us a lot of stuff about game development.

Edit : Thanks for the gold !
Zum Vergrößern anklicken.... 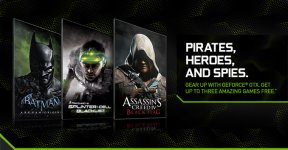